The Introduction of Opus Induction

Not so very long ago, dear reader, Ward's Catering helped Lincat to launch the IH21 2-Ring Induction Hob. Okay, when I said "helped Lincat to launch" what I actually meant was "put on our website". I won't lie to you, I was expecting more. I am something of a technophile and I like new gadgets. I have heard nothing but praise for induction cooking in the domestic market and I assumed that it would be as popular in the commercial market. However, the IH21 isn't flying off our shelves. Maybe we're too expensive, I'll check that later.

ANYWAY! Lincat are obviously unperturbed because hiding on page 12 of their 2012 catalogue you will find the new LINCAT OPUS INDUCTION HOBS. Not just a 2-ring model but a 4-ring model as well! 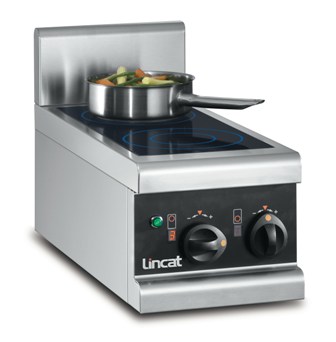 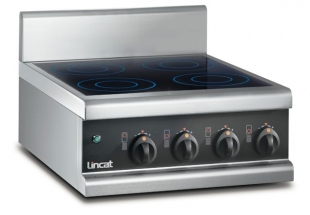 These units are significantly more expensive than the IH21. However, one quick glance at the photos above will reassure you that they are significantly better quality. Lincat's Opus range of equipment is their heavy-duty series and comes with a 2 Years Parts and Labour On-Site Warranty. These units are designed to fit the standard Opus equipment stands (OA7934 and OA7917) and will suite with any other Opus equipment.

So, who are these products aimed at? Well any high-volume commercial or professional catering operation that want to take advantage of the benefits of induction cooking.