Parry have been manufacturing and supplying commercial catering equipment for enough years to know their onions. So, when we read in their new 2012 catalogue that they had released SIX new electric pedestal fryers in their 600 Series (their medium-heavy duty range) we read on with interest. Interest rapidly evolved into amazement when we saw the prices. Let me explain:

The standard Parry 600 Series 6kW Single Phase Single Tank Electric Pedestal Fryer is the PSPF6. It lists at £825.00 and we sell it for £426.94. Pretty good value you would think, and you'd be right. We're as competitive on Parry equipment as we possibly can be.

Now, CHECK THIS OUT. 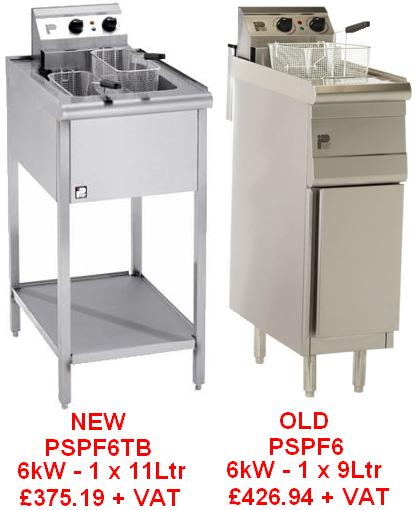 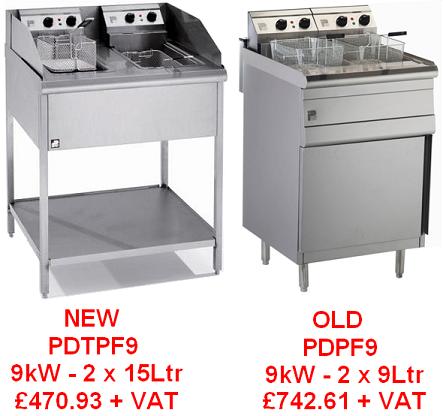 Well, as you can see from the images, the new fryers don't look as nice, don't have a cupboard, and MAY not be quite as well-built or tough as the old ones. We can't really know at this stage, we have been selling the old fryers for many years and we know how good they are. These new ones have not really been tested in the marketplace (well kitchen). HOWEVER, Parry have released these fryers into their medium-heavy duty 600 Series range of equipment. It would prove extremely detrimental to their currently glowing reputation to introduce an inferior product into this range.

Personally, I think that these fryers may well prove to be extremely useful to start-up businesses who have tighter budgets than established caterers who are replacing an existing piece of kit. Just don't ask me about the baskets... because I am still waiting to hear back from Parry which baskets go with which fryer. Give me a couple of days on that one.