It's Wednesday, it's been a busy week. Our man in the field has been rushing around installing a massive job in the centre of York. Our engineers and install guys have been tearing around the country putting out all manner of catering equipment related fires (not literally, we are not the fire brigade). Our sales guys have been busy on the phones and in our showrooms... erm... selling stuff.

Our biggest selling brand this week is definitely Lincat. This is not always the case. Some weeks it's Blue Seal, some weeks Robot Coupe and some weeks Burco or Parry. This week has been a Lincat week. We have sold Lincat EB3F Automatic Fill Water Boilers like the proverbial heated baked comestibles. Can't get them out of the warehouse quickly enough. What else? Two, that's TWO, Lincat GR3 Electric Wall Grills in the space of five minutes.

Again, we had the stock, we were able to fill those little beauties on a next-day delivery basis free of charge. So, Lincat sales have been good, but that's not all the Lincat news today. I spent the first 3 hours of the day recalculating and changing the prices of every single piece of Lincat equipment on www.wardscatering.co.uk. This brings us into line with the rest of the internet and should mean that this weeks Lincat bonanza continues at least for while. Or maybe it's just a glitch. I, for one. 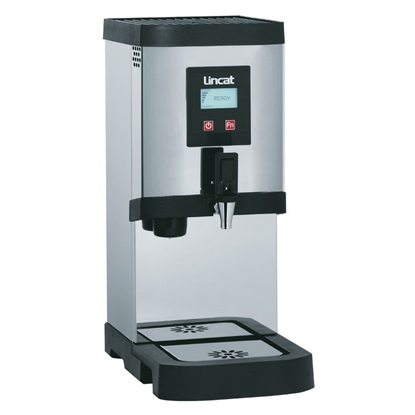